This June, Prologue artist Trevor Copp of Tottering Biped Theatre was invited to Sault Ste Marie to tour his mime show, “Physical Illusions,” in French, to schools across the district. Below, Trevor recounts his experience touring the schools and the reactions from students. 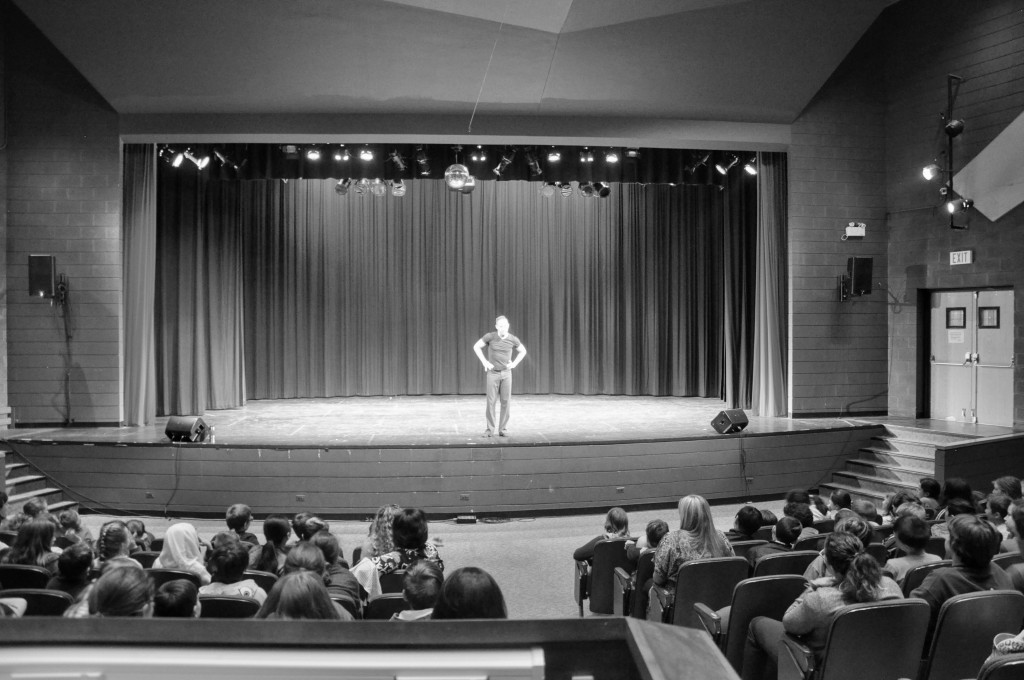 As a Prologue artist, I was given the opportunity to spend one week in Sault Ste Marie performing 8 shows and workshops in French for grade 3-12 students. Between workshops and talk backs, I got a sense of the students — they gave back everything I put out there. Maybe it’s because they don’t see as many artists up in the North; or maybe they have retained that extra sense of play from living more in the outdoors. They were present in ways that I loved. When I am performing mime, I project an imaginary world onto the space, but it’s only real when my audience sees it, too. Their surprise as events unravelled — when I climbed the stars or shot the arrow into the forest — confirmed that we were in my imagination, together, co-creating a world.

After each performance, we have a talkback session which allows the students to discuss the performance experience. Here, I received unexpected questions. I started by requesting that I don’t get questions where the answers are numbers so as to avoid some of the usual question suspects (i.e. “How long have you been doing mime? How much money to you make? How old are you?”) But their questions seemed to centre on questions of mutual wonder. “Where do ideas come from?” “What is your favourite moment?” These were thoughtful, interested questions. As this tour was to enhance French learning beyond the classroom, the coordinators and I worked hard to allow even the less confident French students to pose questions in French (‘I’ll take one in English, and then Mme Pecheux will take one en français’). I told stories about growing up in French immersion without understanding the point of it – and then going to study Mime in Paris which would have been impossible without the language skills. It helped them open up and take the plunge.

I would be remiss not to add a special shout out to the French Program Coordinator from the Algoma District School Board, Aurélia Pécheux. I was hosted with great kindness, especially by someone who knew where to find a brilliant burger in the Sault (Burger Don. It’s worth the drive for that alone). I had a great trip and I’d do it again in a heartbeat. 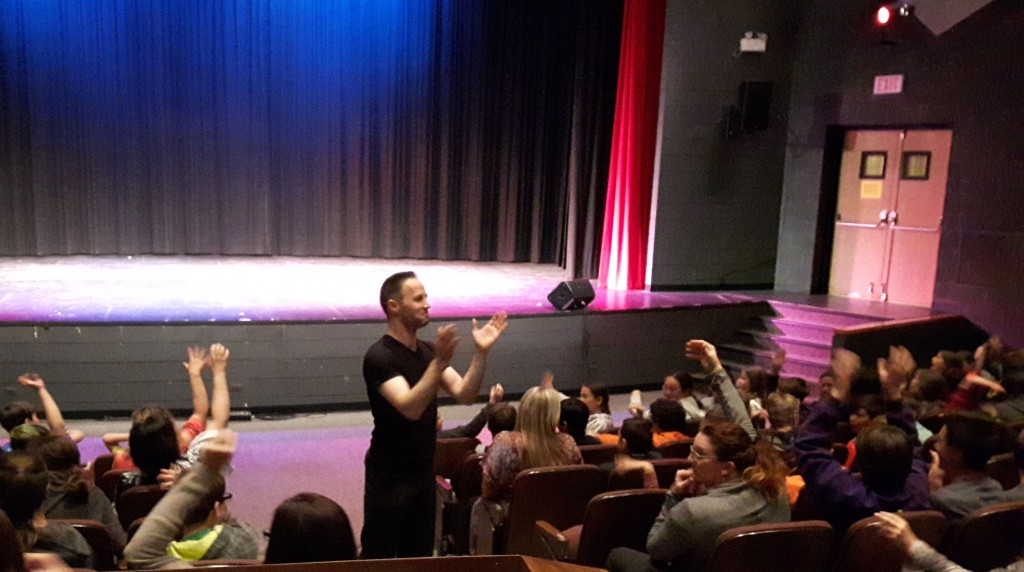 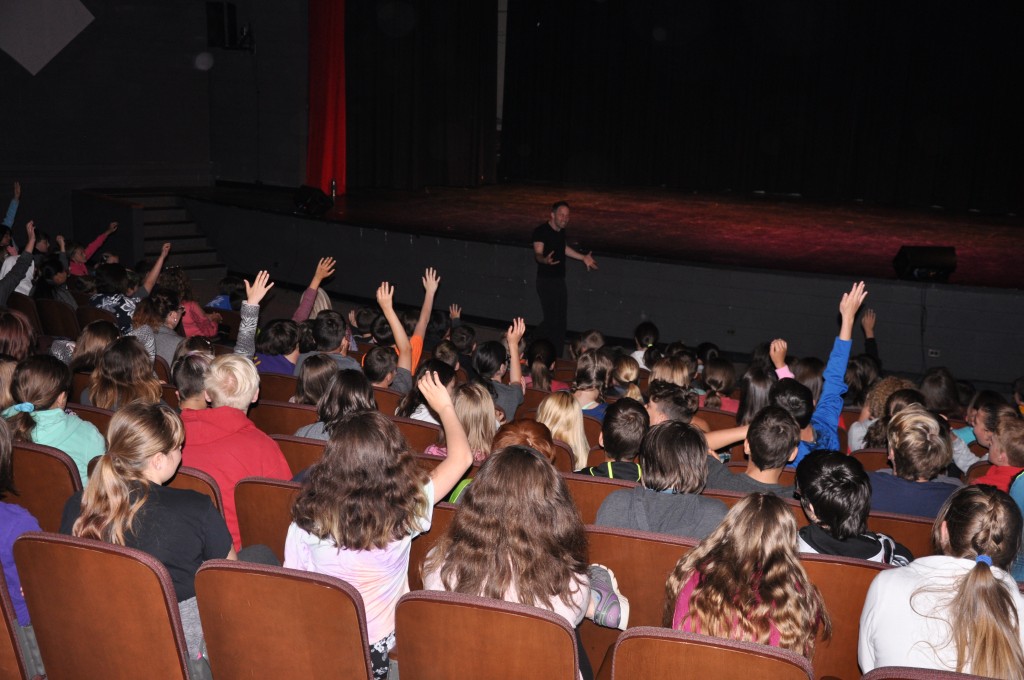 If you are interested in touring Prologue artists to your school district, please contact tamara@prologue.org for more information.