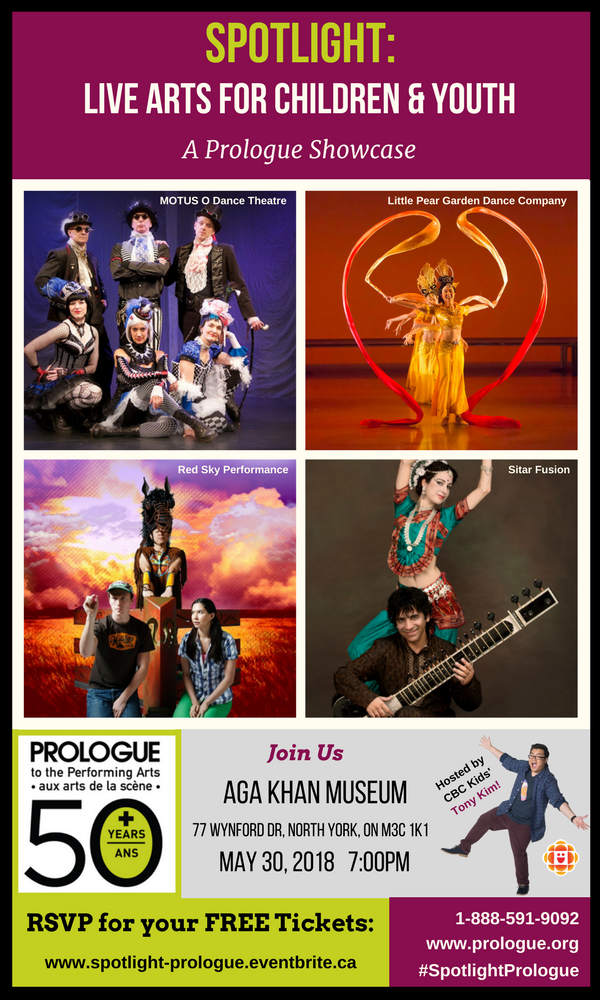 Little Pear Garden Dance Theatre, previewing their production: Tales of Godesses and a Painter
Founded in 1994 and based in Toronto, Little Pear Garden Dance Company (LPGDC) is Canada’s foremost company of traditional and contemporary Chinese dance. LPGDC is committed to developing and promoting Chinese dance in Canada through the production and presentation of performances, lectures, workshops, demonstrations and exhibitions at local and national levels.

Motus O Dance Theatre, previewing their new production: From Fair and Wide O, Canada
Since their formation in 1990, MOTUS O has created a multitude of full-length productions.  This award winning company continues to tour schools and theatres throughout North America, Europe and the South Seas, bringing with them their innovative and highly visual works to thousands of audience members in both small and large communities alike.

Red Sky Performance, previewing their production: Mistatim
Red Sky Performance is a leading company of contemporary Indigenous performance in Canada and worldwide. Led by Artistic Director Sandra Laronde of the Teme-Augama-Anishinaabe (People of the Deep Water), Red Sky’s mission is to create inspiring experiences of contemporary Indigenous arts and culture that transform society.

Sitar Fusion, previewing their production: In the Footsteps of a Great Medieval Traveler
Sitar Fusion is an eclectic gathering of internationally acclaimed artists promoting cultural diversity and understanding through classical Indian music and dance.  Experience the magic of Anwar Khurshid’s sitar, Geneviève Beaulieu’s interpretive dance, and Demetri Petsalakis’ oud and lyra as the three artists come together from Pakistan, Québec, and Greece to take you on an unforgettable journey across the world.

Hosted by: CBC Kids’ Tony Kim:
Tony is a lovable and hilarious nerd hailing from Vancouver. In addition to being a star improviser, Tony has a number of acting credits to his name. Tony brings with him a variety of musical talents including vocals, rap, piano, and clarinet. He is always at the ready to defend his title as Comic Book Nerd Champ, in either English or Vietnamese. His warm, youthful energy and comfort on camera make Tony feel like an instant friend.