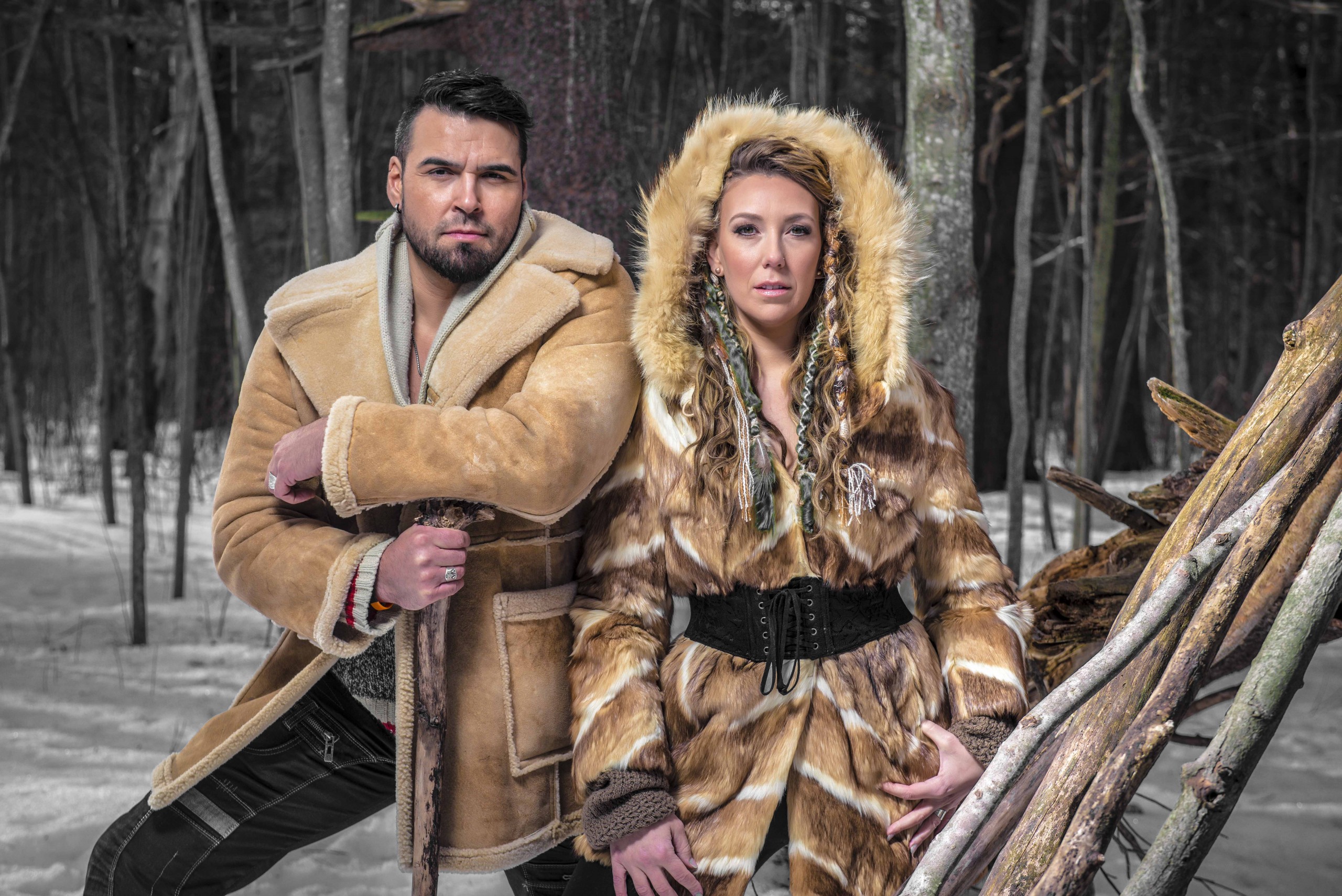 Twin Flames take listeners on a musical journey across Canada and the Arctic, they echo the voices of their ancestors and depict life on the land. Together, Chelsey June (Métis) and Jaaji (Inuk, Mohawk) represent Inuit, First Nation and Métis groups in Canada. Their songs are written in English, French and Inuktitut. Through music they share the beauty of their cultures and incorporate both traditional and western instruments. This interactive show features original songs, thought provoking stories and a variety of instruments including (Traditional Hand Drum and Spirit Flutes) 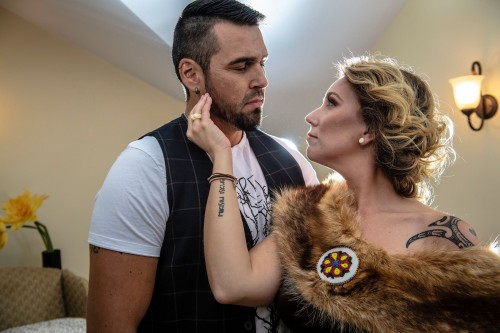 Twin Flames band creates a sonic landscape that spans Canada and the Arctic. Honouring their ancestors, they sing songs in English, Inuttitut and French. Consecutive year winners 2016 and 2017 of The Canadian Folk Music Award; Aboriginal Songwriters of the year. This multi-award-winning husband and wife duo is made up of Chelsey June and Jaaji both of Indigenous Backgrounds. Jaaji is Inuk and Mohawk from Nunavik and Chelsey June métis (Algonquin Cree) from Ottawa. Twin Flames push the boundaries of “Contemporary Folk”, with songs that incorporate both Western and traditional instruments. Despite polar opposite backgrounds Twin Flames found a common musical language.

The joining of the two artists was in a sense an experiment. Jaaji was already well known across the Arctic and his music was loved and embraced by many. Chelsey also had a following of fans that had taken to her roots storytelling music. Releasing an album that included three languages and starting out on a summer tour in 2015 was a gamble. The pair were not sure how they would be accepted because of language barriers in the North and the South. Would the Inuit people be open to Chelsey June’s English/French language music? and would the people of the south be open to Jaaji’s Inuttitut language music? The first Summer tour turned out to be a great success! The openness did not always come right away but once people heard the music of Twin Flames the barriers seemed to disappear. Together they prove that music has an awesome power to connect people from everywhere and that love is all around us if we choose to see it.