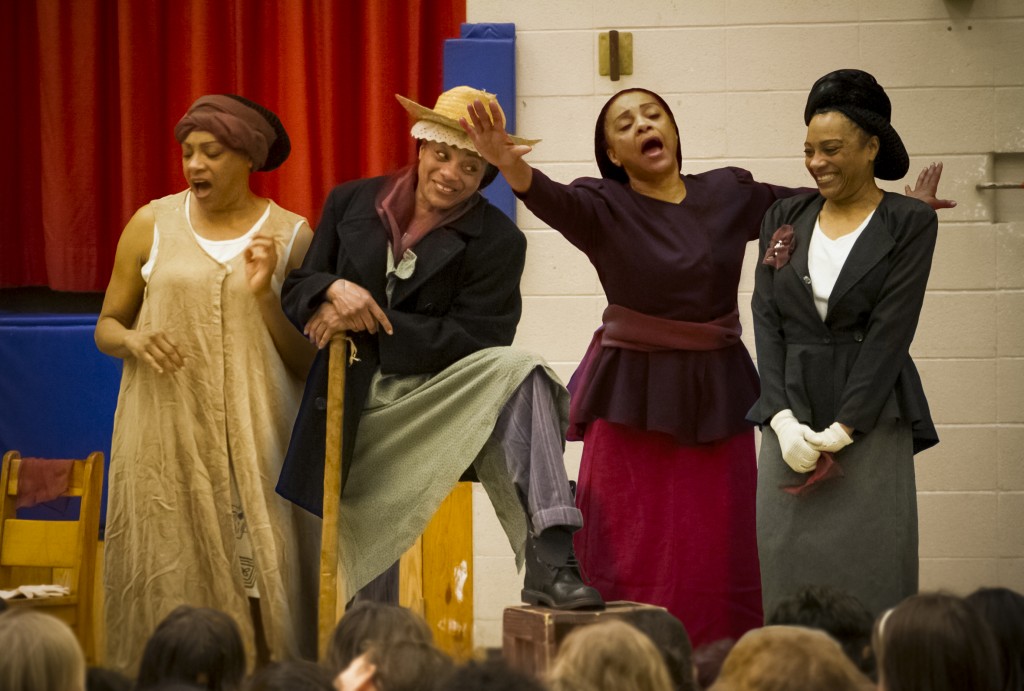 Harriet is my Hero – In-Person Performance

Harriet is My Hero is offered for in-school performances and is appropriate for primary students in grades K-2. It explores the characteristics that make Harriet a goods hero to emulate in being a hero oneself. The audience participates in activities and rag dolls are used to help tell the story and illustrate the various stages of Harriet Tubman’s life: the young girl “Minty”, young “Harriet” learning the skills she would eventually use, the underground railroad conductor, and the elderly caretaker who founded a home for the aged and infirm. Booked in combination with The Spirit of Harriet Tubman, in or sets of two, in the same half day.

There are many plays about Harriet Tubman, but none share her entire life story like a visit with The Spirit of Harriet Tubman. In a stirring, extraoridary performance, Leslie McCurdy invokes the “spirit” of Harriet Tubman as she portrays the life of the famous Underground Railroad conductor, recreating stories familiar and some rarely told, using words said to have been Harriet Tubman’s own. Through it all we learn of the faith and conviction that drove Harriet Tubman to follow her dreams as the spirit of the past connects with the present to inspire her charges to have the courage to do the same in envisioning their future. Called “Brilliant!” and “Something to be seen by everyone!”

Written and performed by Leslie McCurdy, this one-woman play introduces audiences to four Black women who affected significant social changes in Canadian History.  This docu-drama portrays real historical events, collected from primary and secondary sources, to share remarkable stories from the lives of Marie-Joseph Angélique –a slave from Montreal, Rose Fortune –the first female police officer in Canada, Mary-Ann Shadd – the first Black female newspaper publisher in Canada, and Viola Desmond, who’s fight against segregation is to be honoured on the Canadian ten-dollar bill in 2018.

Harriet is My Hero – Study Guide

Harriet is my Hero – Performance Set-Up 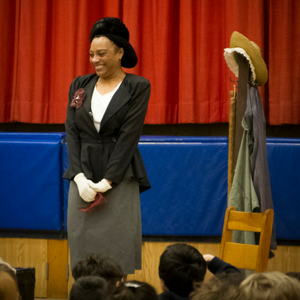 Named Outstanding Performing Artist of Windsor, Ontario, Leslie McCurdy has been touring with her historic plays for twenty-three years across Canada and the U.S. Her brilliant solo performances are at once educational and inspirational and leave a lasting impression on all who experience them.

“Her performance was brilliant and inspiring. We felt that Harriet Tubman visited our school. We were captivated by Leslie’s storytelling techniques.”

“Leslie is a brilliant writer and performer: she had our kids mesmerized from the moment she entered. They were enthralled not only by the content of her story, but by the incredibly varied delivery. Really, it is one of the most outstanding performances we have been fortunate enough to enjoy at our school. Leslie’s question and answer period added tremendous depth to their understanding and she handled their questions with respect and thoughtfulness. The children – boys and girls alike – want to talk about nothing else today! The study guide was a wonderful tool. It enabled the students to bring an understanding of the background and vocabulary to their experience, and as I write this, they are debriefing the key messages in class with their teachers.”