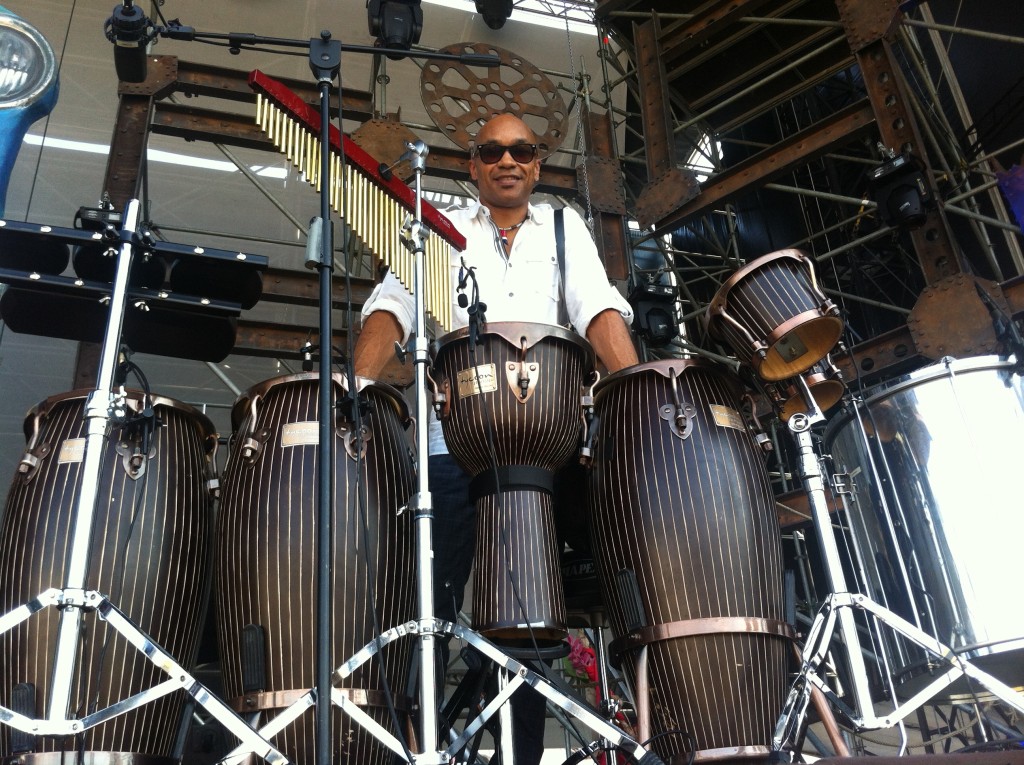 Cuba and Brazil are two of the most influential countries in world music today, rich in rhythms and songs that are very well known around the world. In his energetic and interactive performance, Joaquín showcases World Music, Latin rhythms, and dance that would be experienced at carnival and other community events. Audience members will have the opportunity to participate in percussion exercises, vocal chants, harmony parts and traditional dance steps, and learn about various percussion instruments used in styles such as Samba and Conga.

Master Rumbero Joaquín Núñez Hidalgo began playing percussion instruments at the age of five. As a professional artist Joaquín has had a successful music career in Cuba. Performing in numerous musical events and festivals, he has shared the stage with most of Cuba’s elite musicians.

Mr. Hidalgo presents an extraordinary collection of musicians providing an exciting experience in art and entertainment. He is now an accomplished recording artist, performer musician and exceptional teacher and facilitator.