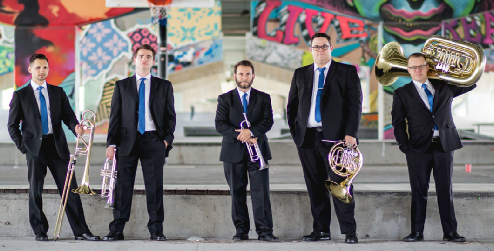 Scenes in Brass will focus on repertoire that encourages students to use their imaginations as we take them on a journey of scenic imagery and personal emotions. The programme will include music depicting a variety of scenes such as an intense descent down an erupting volcano, a peaceful drive through winding forest valleys, a dark and moody jazz club, an exciting cross-country train voyage, and a lively Parisian street party! Our education shows are designed to break down preconceived notions of how we should attend and participate in musical performances, particularly within the culture of stuffy Classical concerts. We encourage students to applaud when they feel like it, to clap along with jazz and Latin tunes, and to be engaged, rather than passive listeners. We also tailor our show for each performance depending on teachers’ needs and which aspects of the curriculum they would like emphasized. 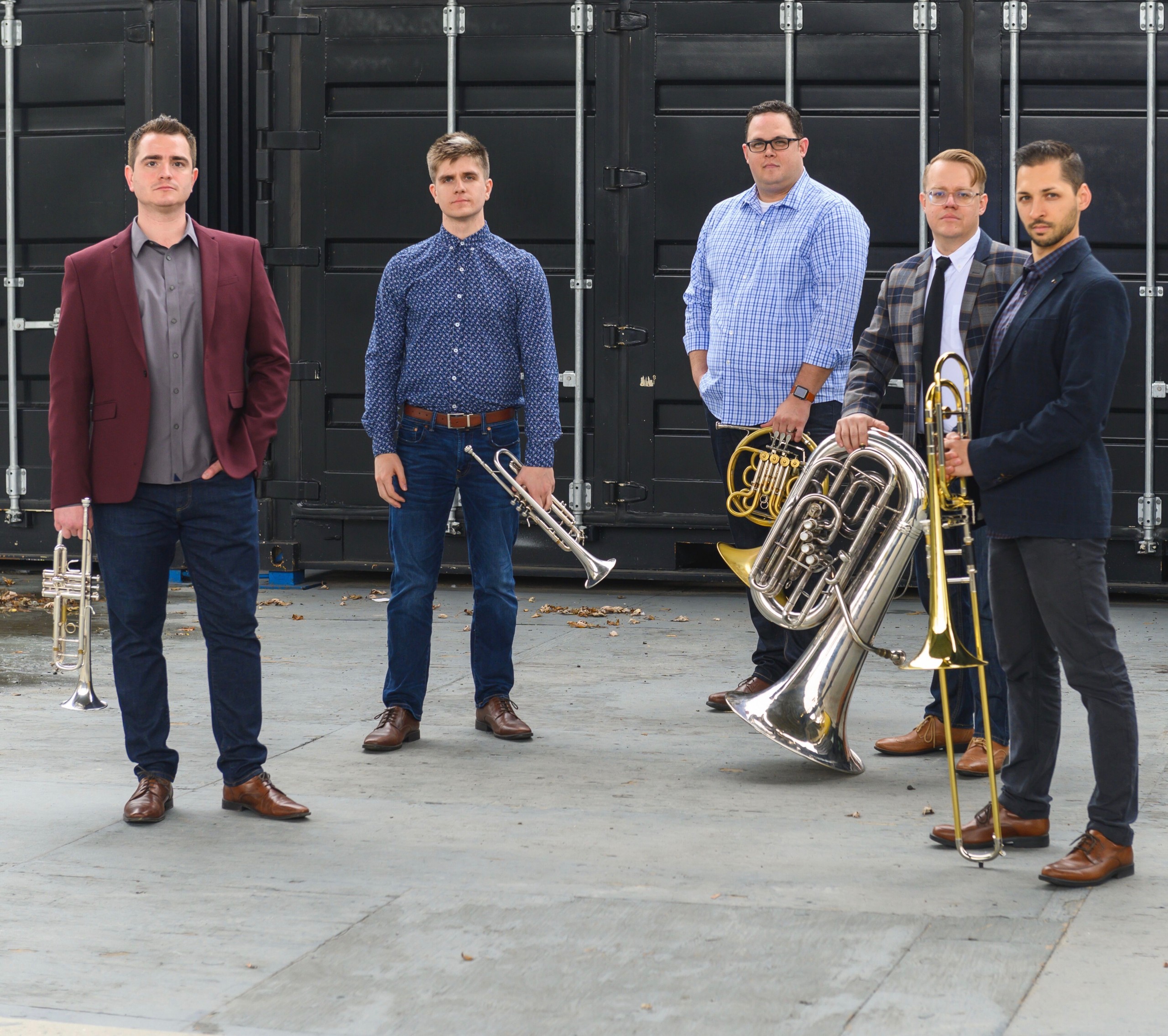 Hogtown Brass is a dynamic Canadian ensemble comprised of accomplished musicians from a variety of diverse artistic backgrounds. Known for their unique arrangements and new compositions, collaborations with vocalists and instrumentalists, along with an affinity for both standard and non-traditional performance spaces, Hogtown Brass is on a mission to reinvigorate the entire concert experience for their audiences.

Hogtown Brass is committed to presenting unique concert experiences, as well as entertaining and informative educational programs including workshops, masterclasses, and residencies. Recent performances include: TD Toronto Jazz Festival, Guelph Connections Concert Series, Richmond Hill Centre for the Performing Arts, Toronto Chamber Players, CityTV Carol Sing, and a tour through Atlantic Canada with performances in Dartmouth, Lunenburg, Atlantic Festivals of Music, as well as a residency with the Sistema New Brunswick music education program. As passionate educators, Hogtown Brass is also proud to be on the roster of Prologue to the Performing Arts, an important arts education presenter in Ontario.

Strong advocates for the creation of new repertoire – Hogtown Brass has commissioned and recorded new pieces by composers Kevin Lau, Cait Nishimura, and Samuel Bisson, with their creation made possible by the Ontario Arts Council, FACTOR, the Toronto Arts Council and the Canadian Music Centre.