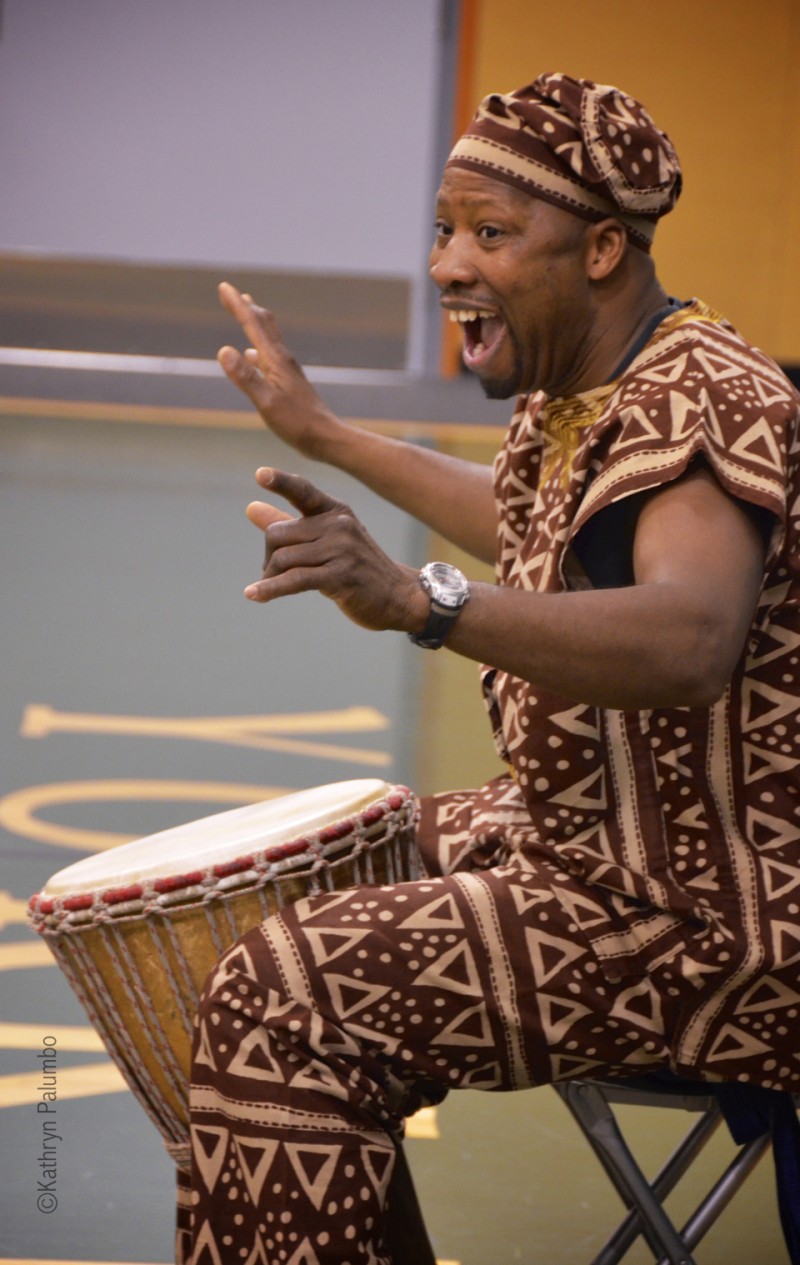 Fana Soro welcome’s you to the music, dance, and wise messages of the Senoufo people from the Ivory Coast. You will learn about the continent of Africa, their instruments and the love that Senoufo people have for their community. Fana will introduce Balafon rhythms, dance moves, and traditional songs. The audience will feel educated and energized throughout the performance, you are guaranteed to feel the beat!

This workshop will teach you the basic sounds and rhythms of the Djembe drum. Fana incorporates song and community messages throughout the workshop. This will have you drumming loud, signing, working as a collective, and having fun!

Fana is a hereditary master of the balafon, a West African gourd-resonated xylophone. In 1997, Fana moved to Vancouver where he became a cultural ambassador for West Africa, bringing his vast experience of engaging students over a hundred Canadian schools for years. He also formed and became creative director of Masabo, a performance group specializing in traditional West African music, dance and story. In 2009 Fana moved to Ottawa and has resided there ever since, continuing to spread his knowledge and love for West Africa and its culture.