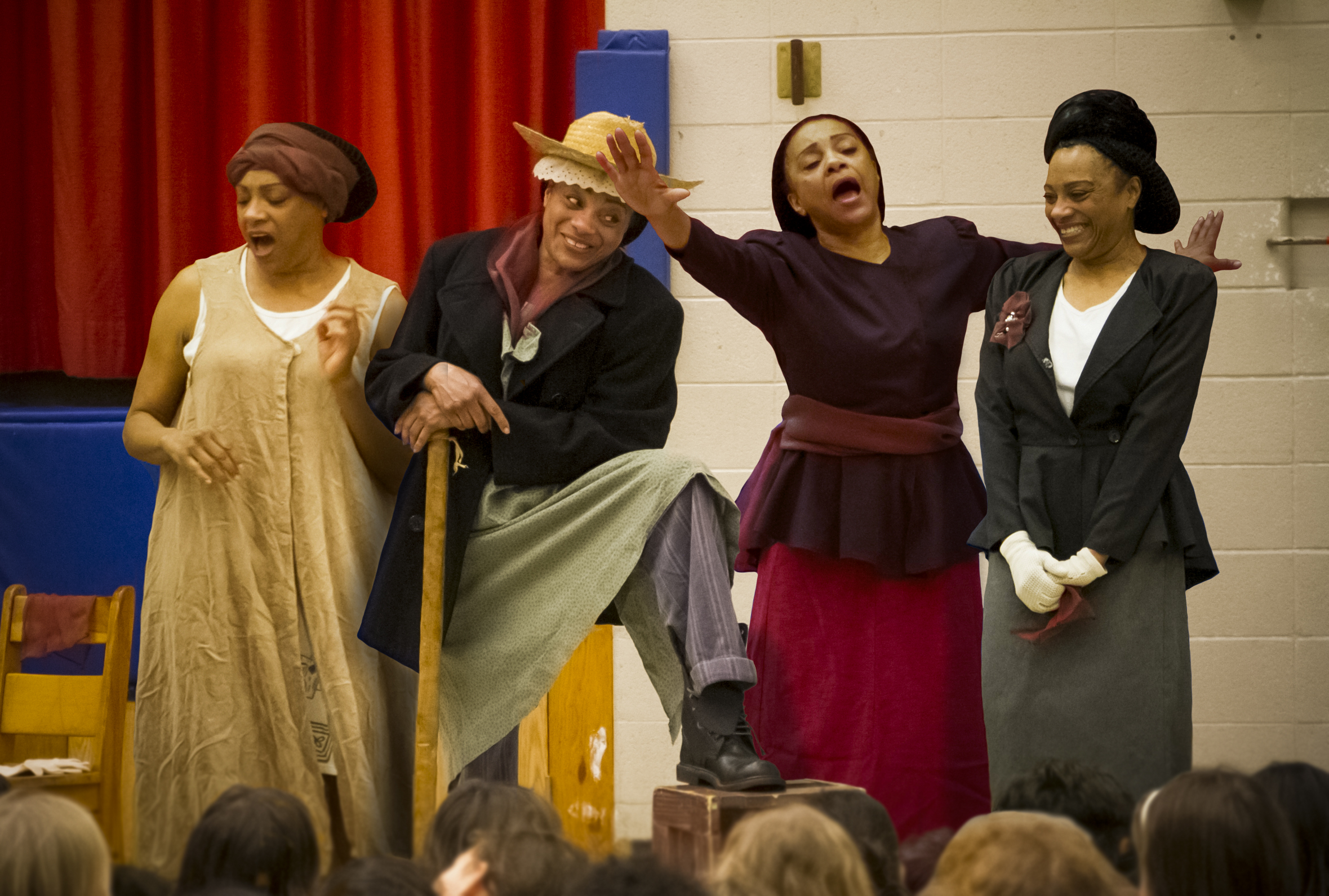 Black History Month, also cheekily known as Black performers employment month amongst some Black performers I have encountered, began in 1926, when Harvard-educated African American historian Carter G. Woodson proposed setting aside a time devoted to honour the accomplishments of African Americans and to heighten awareness of Black history in the United States. This led to the establishment of Negro History Week in 1926. Celebrations of Black history began in the Black community in Canada shortly thereafter. During the early 1970s, the week became known as Black History Week. It was expanded into Black History Month in 1976.

My time in school pre-dates the advent of Black History Month. My mother, who created a Black History display called “From Slavery to Freedom” that I remember visiting at our local university as a child, always made sure that I introduced Black heroes and themes in my classes to counteract the derogatory things that were being taught. When the lesson in school was that Black people had no civilization, my mother would send me with projects on Egypt and Timbuktu. When the assignment was to write a diary about how one’s ancestors immigrated to Canada, mine was about escaping from the perils of slavery in the US to the perils of being Black in Southwestern Ontario and trying to establish a homestead after arriving in Canada. I first heard about Harriet Tubman from my mother.

I love that Black History Month finally took the onus off of students like me with mothers like mine to share the history of people of African descent in Canada, whom have always been a part of shaping Canada’s heritage. At long last we learn of Matthieu Da Costa, a navigator and interpreter, who arrived with the European settlers in the early 1600s, and we’re learning that slavery existed in Canada, though I still have people try to argue that point with me. We’re learning more of the Black Loyalists who came to Canada during the American Revolution and of some of the people who fought to break down the barriers of racism, like Viola Desmond. I am very proud to have helped share some of these stories as an educational performing artist for the past 25 years. I love that the contributions of Canada’s Black citizens are finally being recognized.

What I hate about Black History Month is exactly that. Black history is relegated to a month. It is still segregated like Black history is somehow segregated from the rest of history, which I guess would then be White history by default. That separation continues the “other-ism” that tends to exist. It furthers the notion that people of African descent are still not full members of the “mainstream” of Canadian society and its history.  I hate that. In some ways, it is just as hurtful and damaging to be taught that the people one comes from have no culture, as it is to be taught that one’s people are a segregated part of the culture that one lives within. I hate that there is so much more to know than what can be squeezed into one month.

Our ultimate goal should be to create totally inclusive curricula so that months like, “Black History Month”, are not necessary. That will take a full reckoning with our history, the good, the bad and the ugly, but it may bring more cohesion to Canadian society for us all to have a common, shared, comprehensive history. Perhaps we can name the months by time periods and really be truthful about what was occurring with all of the groups of people who made up the fabric of Canada during each span of time. If the period was the 1600s we could learn of the European explorers that arrived, and of the history and culture of the people that they found here and those they brought here to work for them.  We should seek, conscientiously, to tell our history from several perspectives and not just from one.

Such inclusivity could lead to a truly enlightened citizenry and that is what I ultimately dream of for my country. That I would truly love!

About the Author: admin